How to start your own EMOM night

In this first of three articles about running EMOM nights I try to pull together knowledge and experience about how to get your first night off to a flying start.

So you’re into your electronic music making and need somewhere to play but there’s not much going on in your area, or nothing that quite fits what you do, then maybe it’s time to start your own all electronic music open mic. The obvious first thing you need is a venue (or a suitable space) and finding the right venue is important. Small music venues are the lifeblood of new music so these places are the natural first choice. The chances are they won’t necessarily get what you are trying to achieve since many of them will be more used to rock, indie and acoustic acts. The EMOM movement has been going for three years now so there’s lots of content on-line that will help with explaining the concept. Perseverance is important if you have a venue in mind but they fail to get back to you. A single email may never be read, try phoning them, calling in and saying hello on a gig night, finding out who to contact and getting to know the place. Some venues can be very non-responsive and there comes a point when you have to try somewhere else. Essentially an EMOM can take place in any arts, music or community space with a live music licence, and preferably a bar. Suggested room capacity is up to the 50 persons mark and if it’s full on your first night that’s a great start. 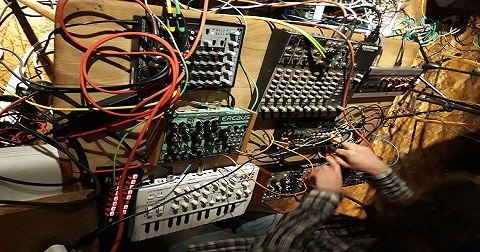 Once you’ve found the right venue you’ll need to agree a date. Preliminary nights lend themselves to week nights such as Wednesdays or Thursdays. That way the venue (and you) will get more of a feel for numbers when the night actually happens. Due to the nature of our music making (underground, eclectic, techie, specialist etc) this is likely to be a new crowd that don’t normally frequent a typical music venue. These people can be hard to reach and that’s where the promotion comes in. I’ll say more about this subject in the second article but a solitary Facebook event is not enough these days. It’s hard work getting people out of their homes. A combination of online and offline approaches is needed. Facebook, Instagram, Twitter, Meet Up and Eventbrite are obvious choices, use them all. Posters, leaflets and targeted presence at related gigs are good offline tactics. All of this needs to happen over a period of time (suggested two months) running up the event itself.

If things are going well in terms of interest, people will start contacting you for a slot. This is where it gets tricky. Should you say all slots will be allocated on the night? In which case you run the risk of no-one turning up because they may think they won’t get to play. Or should you allocate all slots in advance? In which case you run the risk of having no audience other than the performers who are playing. And as the majority of performers travel alone it could end up being a quiet event. Different nights use different tactics on this matter, but I reckon the best approach is to pre-book around half the slots and leave the others free for walk-ins on the night. Performers also need to understand that it’s not all about them and there is merit in listening to what others are playing. Leave your ego at the door people! 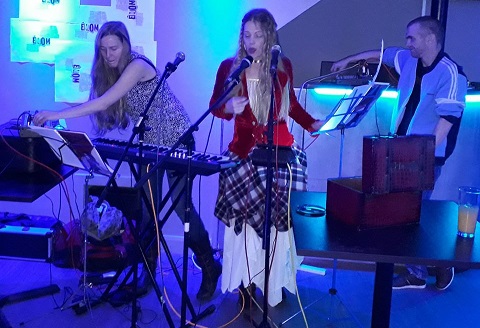 You should work out in advance how many acts you think you can get through on the night. Some venues have an 11’o’clock curfew and this is something you need to know. If things are running smoothly you can get through four acts per hour, but they rarely run smoothly. We are dealing with technology that goes wrong and human beings that get nervous and forget how to operate the technology that goes wrong. A night that starts at 7.30pm and goes on till 11pm allows for around twelve acts. If many more than that turn up then a few could get disappointed, but they can always become a priority act at the next event. Unless they have a hissy fit and blame you for mismanaging the process in which case they can fuck right off. Like I already said, they need to leave their ego at the door!

Ideally the night should be free entrance, that way more people will come into the light and hear what’s on offer. But some venues charge for hiring the space as well as for sound engineering. Obviously the sound engineer needs paying (they earn their money on these nights) but the venue hire can create an extra price burden for the organisers. I don’t think there’s any harm in charging a nominal entrance fee (approx three pounds/euros), or asking attendees for a contribution to the venue charges. A few people will refuse to pay and that’s fine, just how it goes. A few performers may also refuse to ‘pay to play’ and that’s also fine, though it’s not really paying to play in this context, it’s more about running a club for specialist music makers. However, the majority of people will put in some cash and this will help to make the night sustainable. On this matter though, you’ll need to take the collection box to the attendees and explain the situation on the night, leaving the collection box on a table will only yield a scabby raffle ticket, some fluff and a few coppers.

Assuming the venue has an in-house PA you’ll need to take a pen and notepad (obvs), music to play between acts (or maybe ask a DJ to do that if one has come forward for a slot?), a collection box (if you’re asking for a contribution) and some bespoke cables if you have them. On bespoke cables performers should really bring everything they need their side of the DI box (or mixing deck) but they often don’t. One time I had this guy present me with a portable hard disc to plug into the PA and I was like wtf am I supposed to do with that? I politely told him we would need the accompanying lap top.
I’ve amassed a collection of cables and connectors that usually overcome the most obscure of incompatibilities. If you haven’t got such a collection no matter, but a mini-jack (3.5mm) to 1/4inch jack cable in your pocket is pretty essential for connecting lap top and touchscreen set ups to the PA. They only cost a few quid from Gear4music and come in handy anyway.

I think that’s about it for starting an EMOM. I’ve got more to say about promotion and also how to run the event but I’ll save that for a later article. Good luck!

Live at the Berlin EMOM (below) 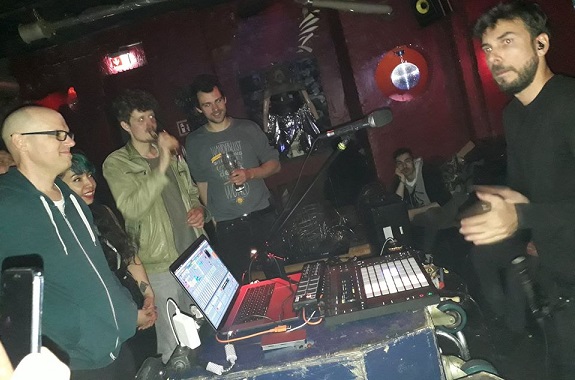 How to start an EMOM

Fingers EP by Eat The Sun

The Big Sad by UX